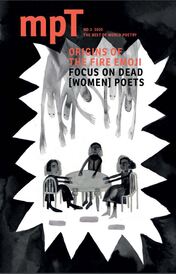 The first review of SONGS WE LEARN FROM TREES is in the latest issue of MPT:

​"Songs We Learn From Trees: An Anthology of Ethiopian Amharic Poetry, edited and translated by Chris Beckett and Alemu Tebeje, Carcanet, 2020

Chris Beckett and Alemu Tebeje’s anthology of Ethiopian Amharic poetry is wonderful – not only for the choice of poems – but for the fluency and energy of the translations. The editors are also to be congratulated for their cogent introduction and context to Ethiopian poetry...."

​To read on, please clic on the pic 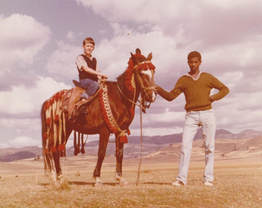 ​From reviews of Ethiopia Boy:

Ian McMillan on The Verb, Radio 3 : Chris Beckett is a poet whose childhood in 1960s Ethiopia has been the inspiration for a remarkable body of work collected in his book Ethiopia Boy. In it, you find praise poems, imitations of laments, boasts, a dirge, and visual and linguistic representations of varieties of sticks. In their willingness to cross languages and cultures and expectations of what a poem can be, I've not read anything like them before. (BBC Radio 3, 5th April 2013)

Fred D’Aguiar: There is a drive to these poems, a quality of song, a fresh simplicity that neatly sidesteps sentimentality though replete with longing, a feel for the past.

Julian Stannard (Poetry Review, Autumn 2013):    Ethiopia Boy by Chris Beckett is a delight. For a moment I thought of Orlando, that mischievous, nevertheless generous, love letter by Virginia Woolf for Vita Sackville-West. Like Orlando, Beckett’s collection travels through time as we are given dazzling vignettes which, without any pedagogic insistence, teach us through poetry about a country which has too often been mired in journalistic accounts of political catastrophe and terrible famine. ...Ethiopia Boy is, in fact, a love letter. The nostalgia for for Haile Selassie’s “glamorous barefoot empire, home of black-maned lions and [...] blazing young singers of Ethio-Jazz”, ...is reinforced by the poet’s continuing engagement with, and translation of, Ethiopian poetry. It is a love letter to Abebe, the cook’s son (the object of the English boy’s affections), and the opening piece – an extended apostrophe, a type of litany, unabashed – is emblematic....

Karen McCarthy Woolf (Poetry London, Autumn 2013): Beckett wrote poetry as a teenager, but it wasn't until he began to translate Amharic verse that he felt able to capture the spirit of the rich oral culture that surrounded him as a boy. The result is a warm and affectionate depiction of a country, a culture and its people in a book that evokes a keenly felt nostalgia in its best, and original, sense of the word....

Helena Nelson: These poems are not translations; they were conceived and written in English.  But they have the feeling of translation - their success at capturing another country infects the language, form and phrasing.  It works, it really does.
(Read the rest of Helena's review at: www.carcanet.co.uk/cgi-bin/scribe)

Steven Waling (Elsewhere, A Review of Contemporary Poetry, 26 Feb 2014):  "A different sound world": It’s not often that one reads a book of poetry which brings a different music into English poetry; but Ethiopia Boy does just that. The African praise poem is not much appreciated in England; but Chris Beckett, who spent his formative years in Ethiopia, has managed to make use of it in a very supple, subtle way to talk of his childhood and the country he knew then.
​Full review: oftime2.wordpress.com/2014/02/26/a-different-sound-world/

Beth McDonough (University of Dundee arts website DURA): .....typography is showcased wonderfully in the expansive shape poem “Sticks” – the most ordinary of subject-matter made extraordinary. There are so many poetic forms and devices in this collection: list poems and laments, curses and praises, descriptive verse and some very funny poetry indeed.
(Read the full review at: dura-dundee.org.uk/ethiopia-boy/)

Hama Tuma in The Anglo-Ethiopian Society News File, summer 2013: Chris Beckett...grew up in the Ethiopia of the 1960s when I and many others were making our way into the university and to protest and rebel against Emperor Haile Selassie’s rule. Ethiopia was then, as it is today, a land of contradictions, of sumptuous feasts...and as Beckett notes in his poem The banquet, where “daytime beggars show us sores and stumps/ stick hungry babies under our noses”, a land of famine and injustice, of oppressed people stubbornly clinging to their pride and tattered clothes. Beckett has captured the spirit and soul of the land, the fatalism (“I am bad days coming and days that are worse than that”, To the man with a guzzler wife), and, yes, the romanticism and hope eternal of the ordinary Ethiopian....Langston Hughes lamented in his Afro-American Fragment: “So long, so far away, is Africa”. For Beckett, Ethiopia is here and now, in his memory, alive in his versatile poems, not far away and distant but near and vibrant.

From Londongrip's review of In Search of Fat: The Poetry Parnassus gathering at London’s South Bank achieved a notable success at its very first event – a lunchtime reading on the QEH roof garden – by introducing the Ethiopian poet Bewketu Seyoum.  Along with his co-translator, the British poet Chris Beckett, he performed a remarkable set of poems, mainly chosen from his first English chapbook In Search of Fat....This chapbook is itself like a small glinting piece of gold and Flipped Eye are to be congratulated on producing it.  Bewketu Seyoum is well known as both a poet and a novelist in his own country; but until now his appearances in English-language publications have been limited to magazines.  It is to be hoped that In Search of Fat will prove to be the first of many British book publications.